Summer had arrived when I visited Plymouth University’s 3D design final year exhibition. These deckchairs made by Andy Sinclair who had been supported by Bernina UK in his final project were just part of a number of items made from sailcloth. Working as a sailmaker part time during his 3 year course he was struck by just how much sailcloth after cutting the panels for a sail could not be used because the pieces were too small. What could he use these smaller pieces for? He discovered that many people were making bags and basic cushions but no one had thought for using embroidery to create a textured look or enhance the basic sailcloth. As he is a very competitive sailor and has already done a race across the Atlantic all the embroidery designs were naturally inspired by the sea

The advantages of using sailcloth was that it could be left outside of an evening if it rained and the cushions were strong enough to be used on a beach or rocks. 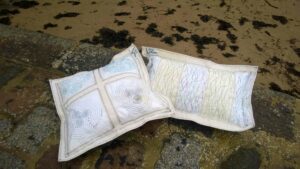 Cushions and close up pictures 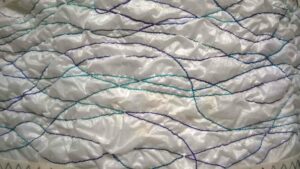 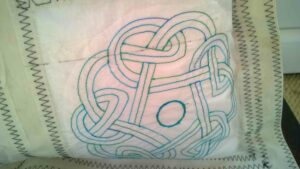 To create the textured panels he learnt the texturing technique that I was working with but to create long enough panels for the deckchairs he became an expert at multi-hooping! Each panel before shrinking was worked on the largest Bernina 830 hoop and needed 5 hooping’s. 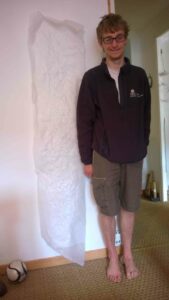 A hanging lampshade was also made using these lengths. 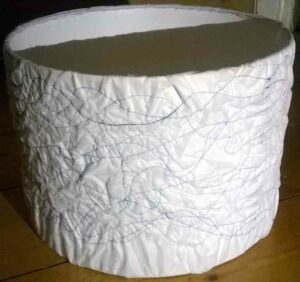 Used to using industrial sewing machines he soon got the hang of using the Bernina 830 and was surprised at how well it coped with sewing quite thick layers of sailcloth as he made the first experiment cushions.

Small panels that were light using battery operated LED lights were perfect to sit on the outside table of a summers evening. To create the holes for the lights he used a wing needle to stitch the star shapes. 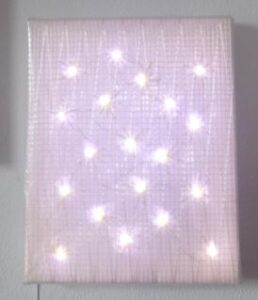 His dissertation compared the yacht racing and designs of the yachts and equipment used in the UK and France and of course the book had to be covered in sailcloth. Sitting in the sail loft with his hard cover bound dissertation the other sail makers quickly challenged hi to see if their heaviest machine  would stitch the sailcloth onto the hard cover. It did and created a wonderful book. 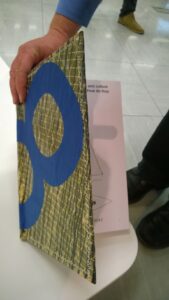 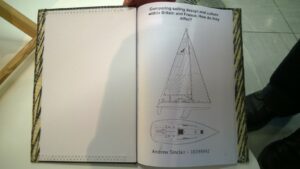 Join the Sugaridoo Quilt Along! Together with Irene from Sugaridoo you sew a colorful Mystery-Quilt. Each blog post introduces a new series of the quilt. Among the blog readers who show their finished quilt top on Instagram or in our community, we’re giving away a BERNINA 570 QE! This way to the community: Community section Sugaridoo-Quilt-Along. We are looking forward to your pictures!

You want to join the Sugaridoo-Quilt-Along? Great! You are welcome to copy this banner and use it on your blog or social media channels. The prepared source code will help you to integrate the banner into your blog. You can copy it and paste it at the desired place in your blog. 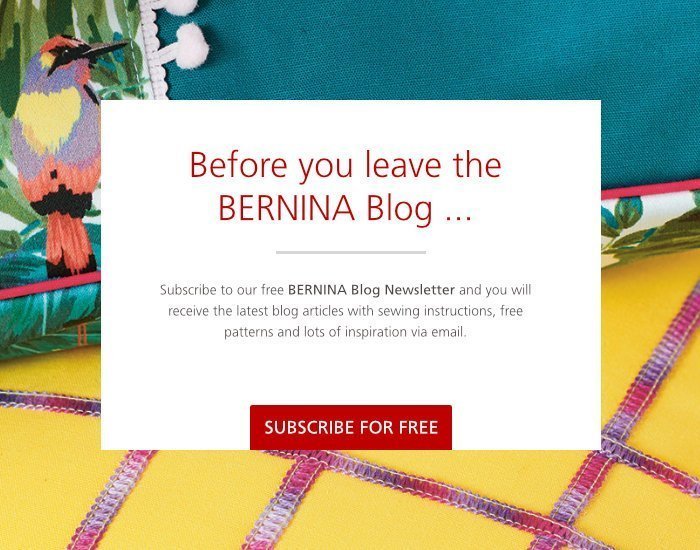